Woman bathes Step Son with hot water while he was sleeping 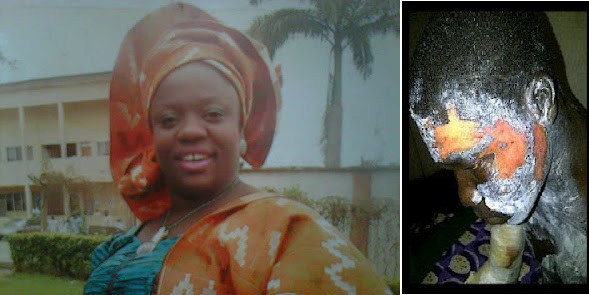 I saw this story and I wondered at the extent some women can go to show how wicked their hearts are and perpetuate evil. The rate of child abuse is so high and for silly reasons that I wonder how the perpetrators of this evil sleep at night. Scroll down to see more horrible pictures. 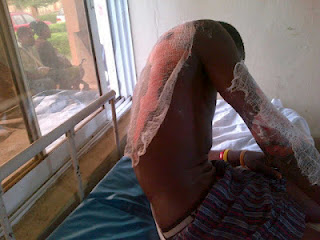 According to the story, 18 year-old Ola had a fight with his younger sister and his step mom was very mad at him. She tried to harm him back and he tried to defend himself but she overpowered him until his father and neigbhour stepped in and tried to stop her which greatly angered his step mom. She got so angry that she broke bottles and scattered the house until Ola's Uncle who stays in the same neighborhood dragged her away to his house. She ended up spending the over at his uncle's place.

The next morning, she returned home around 4.30am, boiled water and bathed Ola with the boiling water while he was still sleeping in his room. The boy was so injured that when he walked out, he looked boiled over and very weak. In the presence of his father, he fell and fainted. 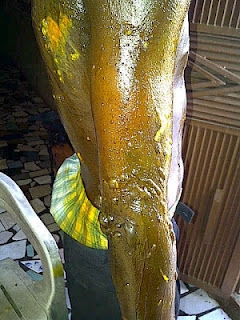 His father rushed him to the hospital where he's been placed under intensive care. Right now, he's still in the hospital in great pains. His step mom, who works with Lagos Internal Revenue Services has been on the run while the case has been reported at the police.
Posted by Yimiton at 9:56 PM