The new Pope has been unveiled as Argentine Jorge Mario Bergoglio, the Archbishop of Buenos Aires, who will take the name Pope Francis.

The 76-year-old was welcomed by tens of thousands of overjoyed Catholics in St. Peter's Square in the Vatican City after his election was revealed this afternoon at 6pm GMT when white smoke poured out of the chimney of the Sistine Chapel.

Tens of thousands cheered in St. Paul's Square at the sight of the symbolic plumes, announcing that the successor to Benedict XVI had finally been chosen after two days of intense voting.
Posted by Yimiton at 8:34 PM 2 comments: 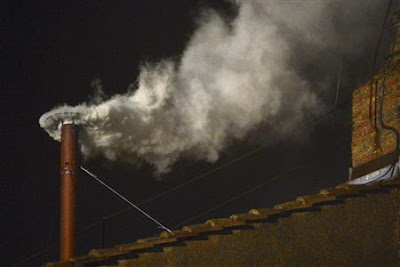 With a puff of white smoke from the chimney of the Sistine Chapel and to the cheers of thousands of rain-soaked faithful, a gathering of Catholic cardinals picked a new pope from among their midst today,  Wednesday. The name of the new pope, the 266th pontiff of the Roman Catholic Church, by tradition would not be revealed until he appeared on a balcony on the front of St. Peter's Basilica.

"Habemus papam!," members of the crowd shouted in Latin, waving umbrellas and flags. "We have a pope!"

"It was like waiting for the birth of a baby, only better, " said a Roman man. A child sitting atop his father's shoulders waved a crucifix.
Posted by Yimiton at 7:29 PM 3 comments:

Brat Pit and Jennifer Aniston fight over wedding dates. They may wed the same day! 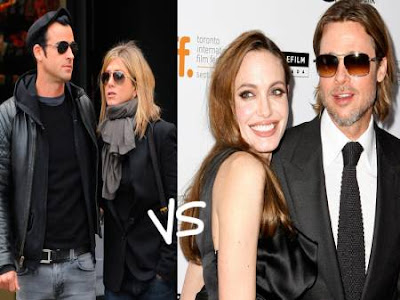 This is bound to cause some serious wahala.