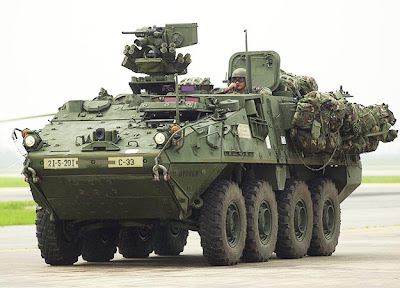 The Nigerian Army has concluded plans to unveil the first locally made Armoured Personnel Carrier (APC), which is part of the ongoing reforms in the military and in line with the transformation agenda of President Goodluck Jonathan.
This was disclosed by the Chief of Army Staff(COAS), Lt-Gen. Azubuike Ihejirika during the press conference organised for the 2012 Nigerian Army Day Celebration(NADC L 2012).

Ihejirika who was represented by the Chief of Military-Civil Relations, Maj-Gen. Bitrus Kwaji said that the recent military innovation is the positive outcome of ongoing military reforms.
He disclosed that local production of APC and other military equipment will save about 30 per cent of import cost for the country.
He said: “The highpoint of the ceremony, which is expected to be witnessed by President Jonathan, among other dignitaries, include the unveiling of the Nigerian built APC, Combat Airborne Jump and Helicopter Rappelling, Combat March and a Pep talk on old days in the Infantry Corps by Maj-Gen. Emmanuel Abisoye (Rtd).