Sanuni reacts to Obasanjo's critism of the introduction of the N5000. 'Obasanjo is a good farmer but a bad economist'


The governor of the Central Bank of Nigeria (CBN), Sanusi Lamido on Tuesday reacted to a statement credited to a former President, Olusegun Obasanjo, who said that the planned introduction of the N5000 note will increase inflation in the country.

Mr Obasanjo had on Thursday said the introduction of the N5000 note would kill production and affect small businesses negatively.

Presidency beefs up security around First lady in German Hospital 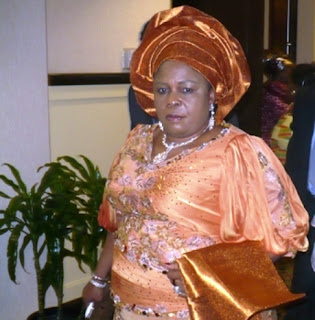 The Presidency has replaced security aides around first lady Patience Jonathan in order to keep her affairs private at the Wiesbaden, Germany hospital, Horst Schmidt Kliniken, following speculations about her health, TheWill can report.

A security source with knowledge of the development told TheWill that the Presidency’s action followed reports of her medical sojourn to the hospital, believed to have been leaked by someone amongst the team of six aides dispatched to Germany ahead of her arrival.

The aides were withdrawn and replaced with a new team of six security aides from the SSS, our source said, adding that when the replacement team, made up of more experienced and trusted aides arrived Germany, they were stripped of other phones and directed to stay off the social media and the internet.

The Presidency has kept mum since reports of the first lady’s treatment in the German hospital hit the media. There have been speculations surrounding her ailment and what exactly she is being treated for.

President Goodluck Jonathan has not visited his wife since her hospitalization about three weeks ago. A top level official in the Botswana government, one of the two countries the President had visited on a 3-day working tour told THEWILL source that the President abruptly cancelled a scheduled engagement this evening and made straight for the airport heightening fears that the first lady’s condition may have deteriorated.

THEWILL has not been able to independently confirm where the President is headed.

President Jonathan was scheduled to leave Gaborone, the Botswana capital on Wednesday.

Several calls to the President’s spokesman, Dr. Reuben Abati with a 3-hour period to get a reaction were unsuccessful as his phones were switched off.

The President was accompanied on the trip by Governor Adams Oshiomhole of Edo State and Governor Sule Lamido of Jigawa State, Senator Sahabi Alhaji Yau; Honourable Jones C. Oyereri; the minister of mines and steel development, Alhaji Musa Mohammed Sada; the minister of culture and tourism, Chief Edem Duke; and the minister of state for foreign affairs, Dr. Nurudeen Mohammed.