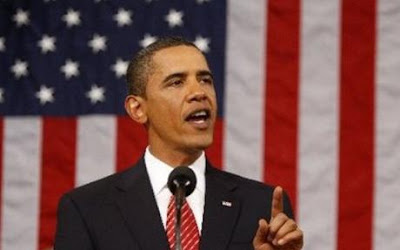 The President of the United States of America, Senator Barrack Obama has declared Nigeria as the world's next economic success story, stressing that the discovery was one of the major reasons why his government is committed to helping the country build strong democratic institutions and as well remove constraints to trade and investment through the African Growth and Opportunity.
Making this declaration at the ongoing US-Nigeria Trade and Investment Forum, an event organised by the Nigerians in Diaspora Organisation (NIDOA) in Washington DC, on Sunday, President Obama who was represented by Ambassador Eunice Reddick, a top official of the US Department, said that his country expanded opportunities for Nigeria to effectively access its neighbor's market, and diversify its economy beyond a narrow reliance on natural resources as a result of the discovery that the West African nation will emerge as the world' next economic giant.
"As we support these efforts, the Diaspora can play an important role in contributing to a strong, vibrant, and economically prosperous Nigeria" he noted.President Obama pressed further that his country invests in Nigeria's success because it recognizes Nigeria-s as a strategic center of gravity, stressing that the country's success will as well be Africa's success if the US can help Nigeria chart a secured, prosperous, and democratic course.The US leader also make it known that his government will encourage Nigeria in the area of private investment in the power sector as well as other sectors to help seal the promise of growth and opportunity for all Nigerians.He continued that the US government will also work to strengthen Nigeria's agricultural sector, which employs nearly 70 percent of the country's population, by encouraging improvements to infrastructure that would facilitate agricultural growth.He also said that his government will help Nigeria to iberalize trade policies to foster regional trade, reform the customs system to bring it in line with global best practices, and as well encourage policy reforms to enable private investment in agriculture.Speaking on the US-Nigeria Bi-National agreement, Obama said that the joint Commission has grown into a forum for frank, high-level concersations, in which both nations have seen substantial reforms and mutually reinforcing initiatives implemented in Nigeria.His words: "Some key outcomes of the Binational Commission so far have been successful integration of civil society into the electoral process prior to the 2011 elections, sustained and elevated dialogue with energy sector officials on energy policy, reforms to increase investment, and agreement to support the development of a civil affairs training center in the coming year""Energy and Investment, the subject of one of the four working groups of the Binational Commission, is critical to Nigeria-s present and future"
Posted by Yimiton at 11:27 AM