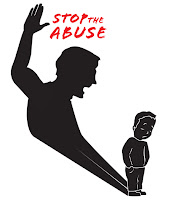 A ten-year-old boy (names withheld) was in Lafia, the Nasarawa State capital, set ablaze for allegedly being a witch.
The incident which took place on Shalele street, near Immaculate Primary School, Lafia-East, Lafia, caused the child to be hospitalized at Dalhatu Araf Specialist Hospital (DASH), Lafia.
The Nasarawa State Child Protection Network (CPN) which got wind of the incident has decided to take over the issue legally. The men who perpetrated the act - one Adamu and one Suleiman - were said to have gone to the boy’s house at about midnight when his parents were not around, put pepper in his eyes, poured petrol over his body and set him on fire.

The men took the action sequel to a complaint by Adamu’s wife that the boy appeared to her in a dream in the form of a lizard and attacked her. Although LEADERSHIP learnt that at the time of the incident, the parents of the boy were not at home as the father was reported to be ill and hospitalised in Wamba LGA of the state, the boy’s elder brother and aunt watched helplessly as the men engaged in their evil act.
Posted by Yimiton at 11:53 AM