WASHINGTON (AFP) – The first-ever daily pill to help prevent against HIV was approved Monday by US regulators for use in uninfected adults who are at risk for getting the virus that causes AIDS.
Truvada, made by Gilead Sciences in California, has been on the market since 2004 and was approved by the Food and Drug Administration for a new use as a tool to help ward off HIV in otherwise healthy people, in combination with safe sex and regular testing. 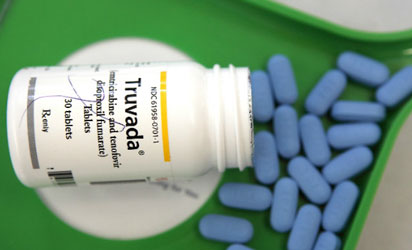 Truvada
The pill as pre-exposure prophylaxis (PrEP) has been hailed by some AIDS experts as a potent new tool against human immunodeficiency virus, but some health care providers are concerned it could encourage risky sex behavior.
In addition, the regimen is estimated to cost around $14,000 per year, making it out of reach of many.
“Truvada alone should not be used to prevent HIV infection,” said Debra Birnkrant, director of the division of antiviral products at the FDA.
“Truvada as PrEP represents another effective, evidence-based approach that can be added to other prevention methods to help reduce the spread of HIV.”

The FDA said Truvada should be used as “part of a comprehensive HIV prevention strategy that includes other prevention methods, such as safe sex practices, risk reduction counseling, and regular HIV testing.”
Truvada was previously approved as a treatment for people infected with HIV to be used in combination with other antiretroviral drugs.
The decision by the FDA followed the advice of an independent panel in May that supported Truvada for prevention in uninfected people, after clinical trials showed it could lower the risk of HIV in gay men and heterosexual couples.
Culled From Vanguard Nigeria.
Posted by Yimiton at 8:44 AM