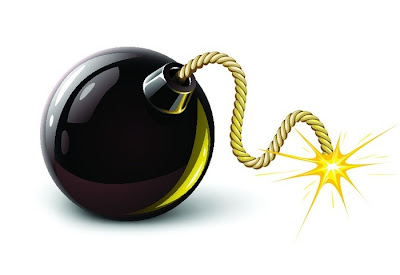 The Commissioner of Police, Kogi State Command, Mr. Muhammed Katsina, on Monday said the command had uncovered another bomb factory in Okaito, a remote village in Okehi Local Government Area of the state.

From December 2011 till date, four different bomb factories had been uncovered in Kogi State. One was at Kabba, while the remaining three were at Lokoja, Okene, Okehi and Adavi areas.

The Commissioner said police officers uncovered the bomb factory with the help of the suspect arrested in connection with last Sunday’s bomb explosion near Living Faith Church and Deeper Life Christian Church, along Okene-Obehira Road in Okene.

He said the factory buildings were designed as a church and a mosque ostensibly to deceive people while in actual fact, they were buildings where bombs of various sizes were manufactured and transportation to other places.

God help us oh!
Source: Punch Nigeria
Posted by Yimiton at 9:06 AM