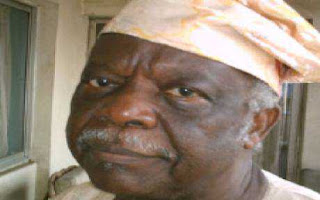 Ambassador Olusegun Olusola is dead, The creator of the popular television drama series, The Village Headmaster  died yesterday evening in Lagos after a brief illness, according to his aide, Wole Adediran. He was 77 years.

"I can confirm to you that Baba died at about 6.30pm this evening," Adediran said last night.

He was chairman of several government agencies, and was in 1987 appointed Nigerian ambassador to Ethiopia and the Organisation of Africa Unity (OAU).
Posted by Yimiton at 6:11 AM