Foreigners are Behind Bombings — Kaduna CP 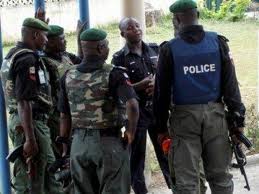 Commissioner of Police, Kaduna State Command, Mohammed Jinjiri Abubakar, has disclosed that nationals of Chad, Cameroon and Niger Republics are responsible for most of the terrorism acts in the North.


He further claimed that many of them were arrested at various places across the region.

He also revealed that the command has arrested nine persons with 15 Improvised Explosive Devices (IEDs) and 17 gas cylinders in Kaduna metropolis.

Speaking to journalists in his office over the insecurity in Kaduna, Jinjiri said that the police would soon take drastic measures against the aliens who were conniving with criminal elements in the country to unleash terror on innocent Nigerians.

He said, "Nationals of Niger, Cameroon and Chad are responsible for the terrorism act in the North; they are unleashing terror on innocent Nigerians in connivance with some criminal elements in the country; enough is enough because we will soon take drastic measures against them; we have arrested many of them in connection with these acts with or without ECOWAS charter."
Posted by Yimiton at 6:19 AM