Chris Brown reveals 'the craziest place' he's ever had sex 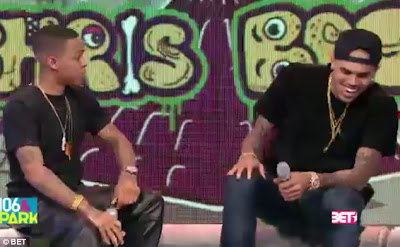 During an appearance on BET’s 106 & Park on Monday, the controversial star decided to reveal some details about his private life to the studio audience and viewers.

The singer divulged that he is a member of the mile high club and once had sex in First Class while flying over Europe.

‘I’m not trying to be nasty,’ he began. ‘I was on a commercial flight in First Class.’

Chris then explained that no one saw him in the throes of passion despite the public venue.

‘It was like one of them European First Classes where you’ve got the big front, so you can put the cover up so don’t nobody see nothing,’ he said.

Now, Dear Readers, it's your turn to tell us your craziest place. Lol