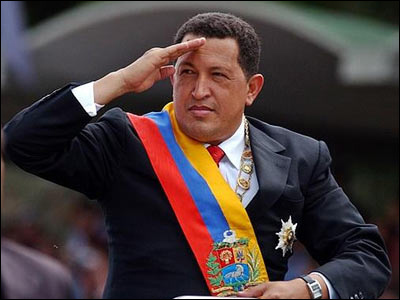 Venezuelan President Hugo Chavez has passed away at the age of 58 following a two-years-long fight against cancer and a severe respiratory infection.

His untimely demise raises serious questions about the future of the oil-rich regional power.

This comes weeks after his return from Cuba where he underwent a cancer operation. His 'delicate condition' had recently worsened due to complications of a respiratory infection, and official reports said he was breathing through a tracheal tube, unable to speak.

One of the world’s best-known socialist leaders and a staunch critic of the United States, Chavez had been battling the disease for nearly two years, undergoing four surgeries and several sessions of chemotherapy in Havana.

Despite his ailing health, Chavez was reelected in November to a fourth term. However, he was not able to attend his January 10 inauguration ceremony, which cast doubt on the succession of power in the country.

May his soul rest in peace.
Posted by Yimiton at 8:56 AM