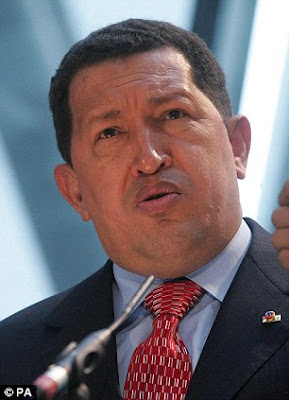 Chavez will be laid to rest in a massive state funeral on Friday, which will be followed by elections to choose his successor within the next month.

Seven days of mourning were declared, all school was suspended for the week and friendly heads of state were expected in this economically challenged and violence-afflicted nation for an elaborate funeral on Friday.

Venezuela's constitution specifies that the speaker of the National Assembly, currently Diosdado Cabello, should assume the interim presidency if a president cannot be sworn in.

But the officials left in charge by Chavez before he went to Cuba in December for his fourth cancer surgery in a little less than two years have not been especially assiduous about heeding the constitution, and human rights and free speech activists are concerned they will continue to flaunt the rule of law.

Some in anguish, some in fear, Venezuelans raced for home and stocked up on food and water after the government announced Chavez's death.

The country's foreign minister Elias Jaua last night said that elections will be held in 30 days to determine who shall replace Chavez.
Posted by Yimiton at 10:18 AM