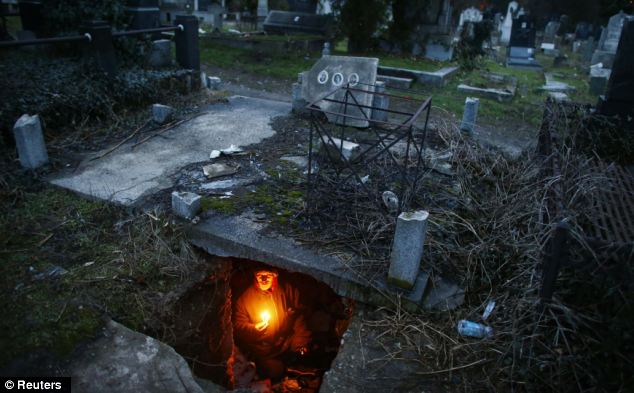 A homeless man has told how he began sleeping with the dead when he moved into a cemetery 15 years ago.

Bratislav Stojanovic, 43, has shared the burial plot with the ashes of a a family who died out more than 100 years ago in Nis, Serbia. But after giving the grave a changing tombs-style makeover the former construction worker said he feels at home. He said: 'It is dry and it is warm. I have some lamps and my personal possessions. 'It isn't a palace but it is more comfortable than the street.'
Mr Stojanovic, who has never had a regular job, lost his home in the town after running up debts.

He moved into the grave after dossing down in the streets for months and now spends his time foraging in the out of use cemetery for candles.

Mr Stojanovic said that living with the dead isn't as scary as some might think. He said: 'I was afraid in the beginning, but I got used to it in time. Now I am more afraid of the living than of the dead

'Whenever I want to crawl out I first check if there's someone around, otherwise I could scare a person to death.

'People are very kind to me, they sometimes bring me food or clothes.

'Sometimes I have to get my food from rubbish bins but it can be very nutritious. It's amazing what people throw away," he explained.

'It doesn't frighten me to sleep in a grave. The dead are dead. I'm more frightened of being hungry.

'And if I die in the night, at least I'm in the right place.'

Mr Stojanovic lives on a diet of food he collects from the rubbish and collects cigarette butts he finds on the ground.

His tomb spans only two-square yards and the ceiling is one yard high.

Officials at the cemetery say their squatter can stay as long as he does not disturb other visitors.

'The family who owned the tomb are long gone so technically it belongs to no-one. If he behaves himself there are no plans to evict him,' said a spokesman.

The name of the family who owned the tomb is unknown as the names have eroded from the gravestone. 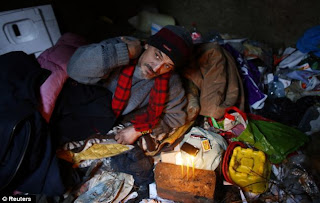 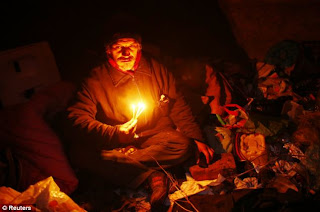 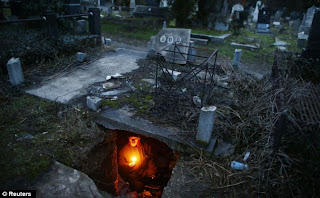 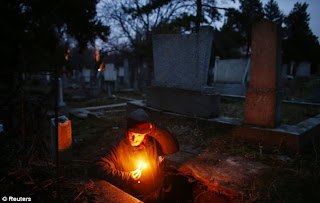 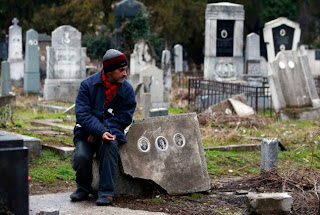 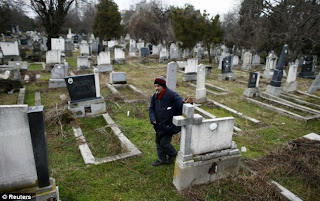 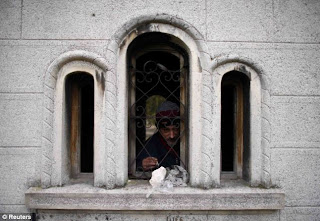