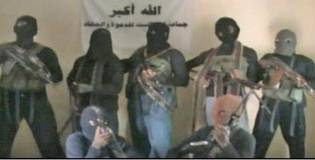 Gwoza Local Government Area of Borno state is a border town with Cameroun; and 135 kilometres south-east of Maiduguri, the state capital and epicenter of activities of Islamist sect group.

The gunmen, according to a residents who do not want their name mentioned for security reasons said that the attackers used Improvised Explosive Devices (IEDs) and petrol-bombs in torching the police station and the bank, before carting away undisclosed sums of money from the bank, 750 metres away from the torched station.
Posted by Yimiton at 3:02 PM