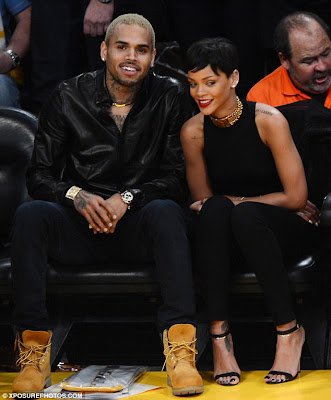 Seriously, these two should grow up and decide whether or not they want to be together for good.

Few days after Chris Brown gushed in an interview on Rihanna being a 'wonderful person' for accepting him back after he beat her, he's revealed yet in another interview with Los Angeles hip hop station Power 106 on Friday, that he and Rihanna have parted ways again.

Chris made the revelation when the interviewer asked him directly,


'Are you still with Rihanna?'

The radio station announced the news with a tweet that stated:

Rihanna, meanwhile, sent out a tweet early Friday morning that may allude to the breakup, stating 'This is terrible.'

But she mysteriously deleted the message a short while later, choosing to rather re-tweet a message about her star sign Pisces: