Meet the woman who says she has a 9-year-old love child for Chris Okotie. 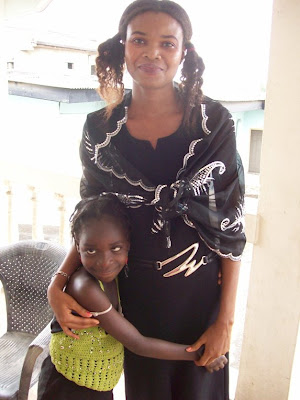 I was shocked to read this up. I didn't know weather or not to believe what this woman has to say and I'm wondering why she decided to come out barely only a few weeks after Chris Okotie announced his separation. Some people like attention sha.

Let me know what you make of the story.
Just when the new couple was settling to a new life, a certain Remi Odutola emerged from the blues alleging that she has a 9-year-old girl for the man of God. While her assertions beggar belief, the tall and delicately slim lady averred that she’s Reverend Chris’ secret wife. Hear her, “My name is Aderemi Odutola, a granddaughter of Ogbeni Oja of Ijebu-Ode.


The full interview when you continue. 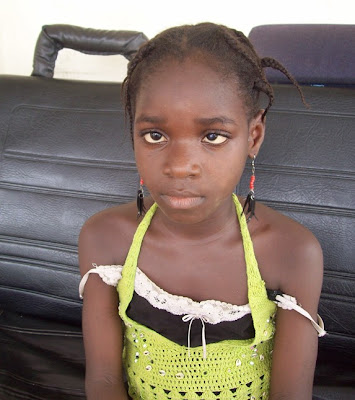 I met Reverend Christopher Okotie in 1997. I was a young Pastor desperately looking for a good church where I could worship and God led me to the Household Of God. Then, I had a music ministry, and because he was an ace musician, I took him as my mentor and strongly believed that he would help me one day. Along the line, something happened. We started seeing each other and I’ve done abortion for him three times before I decided to leave the last one”.Why did she leave the last pregnancy and why is she coming out nine years after? ‘I left the pregnancy not for anything, but for the fact that he proposed to marry me’, she said, as tears welled up in her eyes. “Initially, I didn’t accept his proposal because of his wife, Tina. I couldn’t have married a married man. But he told me that his marriage to Tina was on the brink of collapse. He lied to me! Trouble, however, started immediately I got pregnant. He started behaving funny, unlike the amiable Pastor I met sometime back. At times, I would call him, but he wouldn’t pick or return my calls,” she said with a soft chuckle that betrayed a mien of good breeding and humility.Her expression soon dissolved into a sad look when she recalled the moment she gave birth. ‘It dawned on me when I gave birth to our daughter that he was just a player. Ever since I gave birth to Tioluwani Okotie (our daughter), Reverend Chris has abandoned us in my family house in Opebi. It has not been easy at all taking care of our daughter all alone,” she said and opened a whirlpool of tears.Does he send money for the child’s up-keep? “Money”? Remi said questioningly. She said further, “Whenever I call him that his daughter needs something, he will be dribbling me, giving me one excuse or the other. I was highly disappointed when I heard he eventually married Stephanie Henshaw, his late friend’s wife.He did not marry me with all the things I have been through because of him.” We visited the church and some church members who do not want their names to be mentioned, confirmed that they have seen the little girl who shares a striking resemblance with the Pastor. We further gathered that even at the children’s church, people always gather to look at the girl and unconsciously wonder aloud if she is for Reverend Chris or not.We tried to confirm this story from this abundantly brilliant man of God to confirm the veracity of the story, but all efforts to reach him proved abortive.

I lifted this story from NaijaPal: