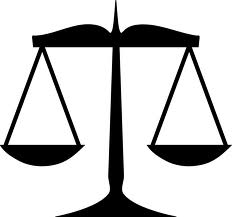 Justice Charles Achibong of a Federal High Court in Lagos has sentenced three chieftains of the Peoples Democratic Party (PDP) in Ogun State to six months imprisonment for flouting a court order.


In a ruling on Wednesday, Chief Ireti Oniyide, Tunde Oladunjoye (now media aide to Agriculture Minister, Akin Adesina) and Honourable Fasiu Bakene (all claiming to be principal officers of a purported caretaker committee of the party in the state) were ordered to be remanded in prison.
The judge held that the three, being agents of the PDP, should be remanded in prison for their continued violation of the order of the court as contained in a judgment of the court that was delivered on May 2, 2012.


The judge, while noting that the PDP was a party in the substantive suit on which the said judgment was given, was, however, not specific on which prison the three should be remanded.


The ruling was on a committal proceedings initiated against the said PDP chieftains, the Ogun State Independent Electoral Commission (OGSIEC) and its officials, by Chief Adebayo Dayo and Alhaji Semiu Sodipo for themselves and on behalf of the Ogun State Executive Committee of the PDP.


The applicants accused those cited for continually subverting the order of the court by dealing with the party through other bodies aside the Adebayo Dayo -led Executive Committee, which the court had declared the valid management body of the party in the May 2 judgment.


The plaintiffs accused OGSIEC’s officials of circumventing the court order contained in the judgment by accepting lists of candidates for the July 21, 2012 council election from other sources other than the Dayo-led executive.