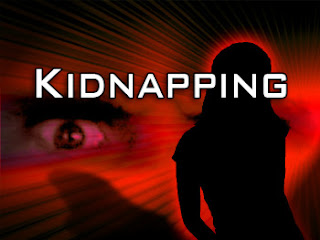 I couldn't believe this story when I read it. I mean, how could people be so heartless as to kidnap girls, ensure they get pregnant and sell off the babies immediately they put to bed! Who even buys the babies and how much are they paid for them? This is worse than wicked.
According to the Vanguard: POLICE in Rivers State have smashed a syndicate, that specialised in selling new babies. Police Public Relations Officer in the state, Mr Ben Ugwuegbulam, who confirmed the development to Vanguard, said the Police arrested a husband and his wife involved in the illicit trade.

He said the two specialised in kidnapping girls and arranging for them to get pregnant, while they would hide the pregnant girls in their custody until they delivered.
Ugwuegbulam said the suspects confessed that as soon as the girls deliver, they would sell the babies. He said: “Rivers State Police Command had arrested one Chigozie John and his wife, Akwarama  and rescued three pregnant women held as captives in the suspects place or residence somewhere in Akpajo.
“On interrogation, the husband and wife confessed to the offence of trafficking in new babies and further admitted that the three pregnant women found in their house were procured to deliver babies that would be sold as soon as they were delivered of their babies.”
He added that investigation was on to unravel details of the operation of the suspects.
Posted by Yimiton at 3:15 PM