Student expelled for putting Testicles in a teacher's Tea

Talk about students and pranks on seniors and teachers! 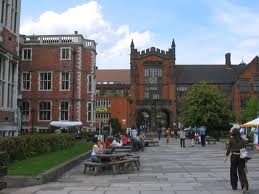 The unsuspecting female teacher drunk from the cup afterwards and when she discovered what had happened was so distraught that she took time off work. It’s understood that she has now returned.


An investigation by the school revealed the boy who took the cup had been urging friends on Facebook to dare him to carry out bad-taste pranks.