Pope Benedict XVI has appealed for an immediate end to what he called “terrorist attacks” against Christians in Nigeria and urged all sides to avoid reprisals. 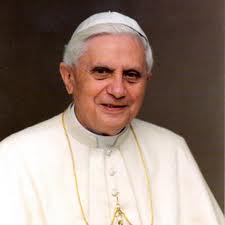 The Pope at his weekly general audience on Wednesday expressed his concern on the persistent suicide and bomb attacks on Churches saying, “I am following with deep concern the news from Nigeria, where terrorist attacks are continuing especially against Christians.”


A number of Churches have been attacked across the states in northern Nigeria with untold number of deaths. Such suicide attacks have continued unabated in the last three weeks, killing people during the Church service.

The Pontiff appealed for calm, urging the perpetrators to stop killing the innocent. “I appeal to those responsible for the violence to immediately stop the spilling of the blood of many innocents.”

He also appealed to all groups in the country to shun “the path of vendetta” and work towards building a peaceful society where people were free to practice their religion.

Reprisals attacks in Kaduna on Tuesday, following the bomb attack on three churches in Zaria, has led to the death of dozens while gun feuds in Yobe state, since Monday has also claimed a number of lives.

The escalating violence has raised fears of wider sectarian conflict in a country reeling from months of attacks on churches, government buildings and other sites by the Islamist Boko Haram sect.

Culled from CHANNELS TV
Posted by Yimiton at 2:10 PM