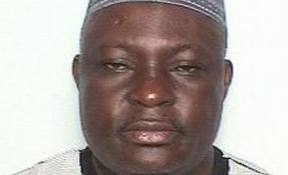 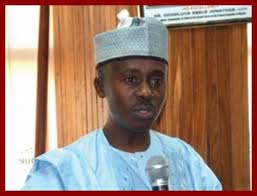 If Jagaba didn't collect the money and it's not with Lawan, abeg, where is it?


According to the Punch:

The Chairman of the House of Representatives Committee on Drugs/Narcotics and Financial Crimes, Mr. Adams Jagaba, on Tuesday opened up on the $620,000 bribe allegedly collected by Mr. Farouk Lawan from businessman, Femi Otedola.

Jagaba, whose committee oversees the Economic and Financial Crimes Commission, wrote the Speaker of the House, Mr. Aminu Tambuwal, denying to be in possession of the exhibit.

Part of the letter, dated June 19, which The PUNCH obtained on Tuesday, reads, “I wish to categorically and unequivocally state that there was never a time I was in possession of the sum of $620,000 or any other exhibits (in my personal capacity or official capacity as Chairman, House Committee on Drugs/Narcotics and Financial Crimes) relating to the subject matter of the above investigation.

“I hope this explanation lays to rest once and for all the claims that I or my committee is in possession of the sum of $620,000 purportedly given as bribe to the Ad-Hoc Committee on Monitoring of Fuel Subsidy Regime.”

Read the full story in the PUNCH
Posted by Yimiton at 11:49 AM