Christian Obodo's narration on how he excapped from his Kidnappers. 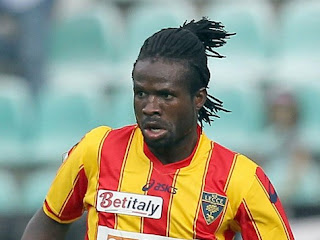 This is a really interesting narration.

"I couldn't believe it. I was on my way to church and I had just parked my car when six boys, very young boys, just came to me and started ordering me to come with them.

"I told them to take it easy, that I would do what they say, and they took me to their car, blindfolded me and drove away. I asked where we were going, and they said Port Harcourt, then Benin, then Asaba.

"Instead, when they took off the blindfold, we were in a forest. That night, I slept on the ground.

"But they were very nice to me. They didn't touch me. They didn't take any of my jewellery or wallet or anything else. We were just talking like old friends. They assured me that nothing would happen to me.

"I even prayed with them.

"Then the next morning, they started to move again. It was later that I discovered that it was because the whole state had been covered by security operatives. They told me all the roads, even the rivers and creeks were being watched by security."

It was during his conversation with the kidnappers that he was told that someone close to him was involved.

"They said it was somebody close to me who set everything up. Someone that I have been helping. They said the person told them I would be in that church by 8am that morning. I couldn't believe it. But they asked how they would know my movement to go and wait for me there. I didn't know what to say."

Most kidnappings take at least a week to resolve, but one day was all it took in this case, and Obodo played his part.

"Five of them left to go and get the money, leaving me with one of them. But he later said we had to leave this place because the area was being monitored. He told me to promise him that I would not shout or run away. I told him I'd been cooperating since they took me and since they had promised to release me that day, I would do what he said.

"When we got to the town, he got a call informing him that two or three of them had been captured.

"I heard the other one telling him to take me back and tie me up in the forest.

"At that point, I told myself I wasn't going back into that forest. So I told him that it's possible his people wanted to betray him, that they may have taken the money and run. I asked him to let me call my people to find out if the money had been picked up.

"He agreed, but said he did not have credit on his phone, so we would have to walk back into the village to buy airtime.

"As we were walking back to the village, we saw a group of people sitting around, so we stopped to ask for a recharge card. They said they didn't have it there.

"He now said we should move on to the next place. At that point, I pushed him and started running and screaming that I am Chris Obodo and that they should help.

"The people immediately gathered. Luckily, they also had some vigilante people around, they call them Black Beret, and they came and got me.

"The police were also nearby, because they had been tracking them through the phonecalls. That was when I started crying and giving thanks to God. That is how I got out."

Despite the trauma, Obodo says he has no immediate plans to stop returning home to Warri: "It won't stop me from going to Warri. That is where I have lived all my life. I'm a Warri boy and it's not like I go out anyhow.

"Whenever I come home, I play football, three-a-side, in my compound with my friends, I don't go out clubbing like I used to when I was much younger, so why should I stop coming?"

He did, however, admit that the experience will leave scars.

"When something like this happens, you learn a lot. It opened my eyes to a lot of things."

The midfielder is now a guest of Delta State governor Emmanuel Uduaghan, who has now ordered round-the-clock security for him for the duration of the player's vacation in Nigeria.

Source
Posted by Yimiton at 7:11 PM