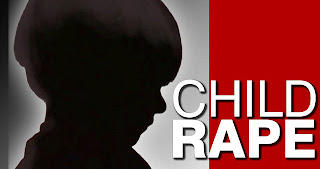 All these stories of child abuse, underage sex, child rape and other dirty sex related offences just get to me. Please tell me, what can a 26 year old man possibly do with a 9 year old girl child? These stories are just disgusting.

Read up after the cut.


A 26-year-old man Israel Thomas of Fred Avenue, Jikwoyi Phase 1 Abuja on Monday appeared before an Abuja Upper Area Court at Karu, charged with criminal assault and procurement of a minor girl.
The Police Prosecutor, Mr Umoh Inah, told the court that one Mrs Monica Edwin of Jikwoyi Phase 1 reported the case to the police on April 22.
Inah said that on the same date, the accused procured Mrs Edwin’s daughter, a nine-year-old girl without her mother's consent and also assaulted the girl.
He added that the accused used criminal force against the girl with intent to outrage her modesty.
According to the prosecutor, the offence of criminal assault and procurement of a minor girl contravened sections 268 and 275 of the Penal Code.
The accused, however, pleaded not guilty to the charges.
Judge Umar Kagarko granted the accused bail in the sum of N100,000 with one surety in like sum.
He ordered that the surety must be reasonable and reliable and adjourned the case to July 30, for hearing.

Source
Posted by Yimiton at 5:54 PM