The federal government has lifted the suspension of the Operating Licence of Dana Airlines. 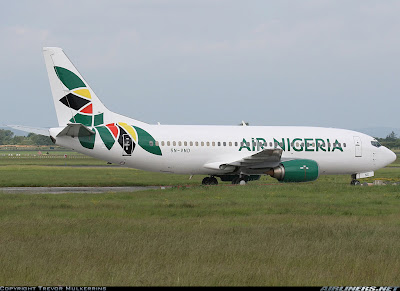 A statement by the Special Assistant on media to the Minister of Aviation said on Wednesday that the lifting of the suspension follows government’s satisfaction with the air-worthiness of the airline after a rigorous technical, operational and financial audit of the airline.

With this development, the statement added, Dana Airline is free to resume its normal commercial flight operations but said that government will however continue to strengthen its oversight and regulatory functions to ensure that all airlines operating in the country, including Dana adhere strictly to safety procedures as required by the Nigerian Civil Aviation Act and all other relevant local and international regulations that ensure and promote sustainable air safety.

The operating licence of Dana Airlines was temporarily suspended following the crash of one of its aircraft on June 3, in Lagos which claimed the lives of 153 passengers on board.
Posted by Yimiton at 10:53 AM