Two Chinese arrested for killing fellow in Kano over money while intoxicated. 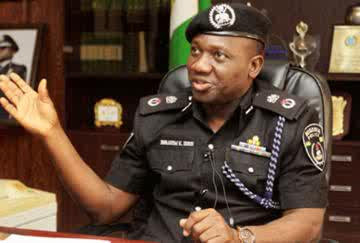 Two Chinese nationals – Jimbo Zhao Dang Dong and Smith Zhhang Ze, have been arrested for allegedly killing two other Chinese during a brawl.

During the brawl, the Chinese nationals used dangerous weapons resulting in the deaths of the two men.

The brawl was precipitated by a debt owed the suspects by one of the deceased.

The police are still investigating the remote and immediate causes of the deaths of the men who resided in Kwanar Ganduje quarters of the metropolis while the suspects are being detained at the Bompai Headquarters of the command for allegedly killing Xucheng Kun and his friend identified as 'old man' during the fight.
Idris added that preliminary investigation revealed that the two suspects killed Xucheng and his friend after taking intoxicant.

The suspects, who are employees of Zhao Dongs Nigeria Limited and some visitors at Xucheng's residence, were arrested by the police at the scene of the incident on July 11.

Idris said Xucheng's neighbours alerted the police when they heard a shouting match from the deceased apartment.

The CP said, "Though investigation is still ongoing, from what we have gathered so far, the two suspects had visited Xucheng, who was believed to have been indebted to them.

"The suspects were believed to be highly intoxicated. When they raised the issue of the money, the deceased did not respond favourably as we learnt, he told them the debt was not documented and he could as well refuse to pay.

"It was at this point that a brawl ensued and using Jack knife and other dangerous weapons, they hacked Xucheng and 'old man' to death. Both of them are in our custody and will soon face prosecution after thorough investigation."

The police boss said items recovered at the scene of the incident were one Chinese short machete, one Jack knife with blood stains and some quantity of intoxicant.