Is DJ Tee on the run after he allegedly stabbed upcoming artist? 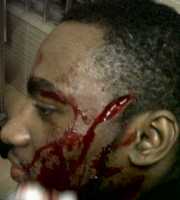 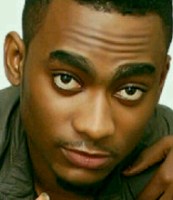 The stabbing incident involving DJ Tee and an upcoming act, has taken a new twist. Remi Ogunpitan, a TV producer, has stepped into  the matter and confirmed that Tosin is his nephew and that the scuffle also involved his 17-year-old niece, Bolaji (Tosin’s sister).


The message he sent  through BlackBerry said:
Big Time Music Video. Producer DJ Tee is a friend of mine. But right now I am enraged. Violence in our industry is unacceptable. He is also old enough to know that no matter the circumstances a real man ‘controls’ his emotions. So the reasons why he should use a bottle to slash the face of my nephew Tolani, leaving a 4inch long and flesh deep wound on the his face is beyond me. He also set his thugs on a 17 years old lady (Tolani’s sister, Bolaji) beating her up. It was a video shoot and these were teenagers. Am argument ensued and DJ Tee got mad and things got out of hand! If anyone has the contact for DJ Tee, please let me have it. He’s not picking his phone and maybe gone into hiding. Whatever happened this is unacceptable.
–Remi Ogunpitan
This is serious oh. At least, DJ Tee should come out and face these accusation. He just might have an explanation.
Source: Daily Posst