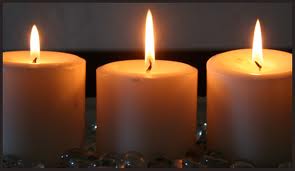 Mourning continued in Lagos on Sunday, with a candlelight memorial service in honour of the victims of the crashed Dana Airline plane.

Organised by a non-governmental organisation, S.E.E.D.S, 'Safe, Efficient, Excellent, Developed, and Secure', the gathering attracted hundreds of people, who were at the Muri Okunola Park to mourn the departed and sympathise with their loved ones.


It was exactly two weeks after the incident that killed all 153 passengers aboard the aircraft and others on the ground.

The mood at the service was nothing but suggestive of a rather gloomy period in the country's history, as 153 candles were lit in honour of the dead.

Following a sober one-minute silence observed by the participants for the dead, the service proceeded, while the candles burned.

Pastor Ituah Ighodalo of Trinity House Church and the Missioner of Ansar-ud-deen, Chief Imam Zakariya Thani, preached at the interdenominational service, as the names of the deceased were read.

However, there were diverse viewpoints regarding the cause of the plane crash.

While Thani suggested that the passengers would not have died if they had not been "destined to die", Kate Henshaw, a popular Nollywood actress, disagreed with the priest's assertion.

Amidst sobs, Kate said that it was "greed and corruption at work", rather than God's work.

In his sermon, the Chief Imam described "indiscipline and corruption" as the country's "sources of problems", appealing that offenders should be brought to book.

The organisers also called on the public for support in the provision of more relief materials for persons internally displaced by the crash.

A member of S.E.E.D.S, Katherine Ndogomo, said the group had provided temporary shelter for the displaced persons.

"Currently, eight families, made up of 26 people, are housed and catered for in that flat," she said.
“In times like this, we must not forget or despair of humanity; we must rise up to the occasion by providing support for those grieving."

A participant, Adeola Johnson described the incident as a rallying point to demand for good governance in the country.

“I’m not sure we have ever learnt any lesson from happenings in this country and this is why things seem to be getting worse. Therefore, all Nigerians must use this [crash] as a rally point to demand good governance," she said.

Culled from Daily Times
Posted by Yimiton at 10:44 AM