Politician pay N400k for a bag of used sanitary towels? 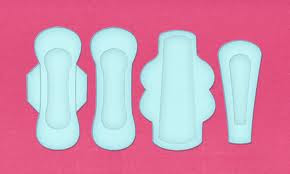 Christ, terrible things happen. If this story is anything to go by, it means, this world indeed has become even more dangerous.

Last week, a man who pretended to be a Mad man was caught around Lomalinda Estate, Independence Layout Enugu near the Brick house Estate Refuse Bin, picking used Sanitary Pads.

Initially, young guys around there thought he was actually mad but one of the guys said the guy had hung around too long near the refuse bin and so he got suspicious.

The guys kept on drinking and gisting amongst themselves and the so-called mad man laid down and started sleeping. ...

Around 9:30pm when the shops started closing for the day, the man woke from his evil sleep and went over the refuse bin and started picking used sanitary pads again.

The guy who had earlier on suspected that the mad man was there for some funny mission went over to see why the mad man had suddenly become very active and lo and behold, he had already picked up a bag-ful and was filling the second bag. The guys gathered around and beat him black and blue until he confessed that a politician asked him to get them and pays N400k for a bag.

When he was searched, he had a Blackberry phone on him. He managed to escape being lynched by the young men.
Posted by Yimiton at 12:19 PM