Mother of 3 discovers her late husband was in fact her father! 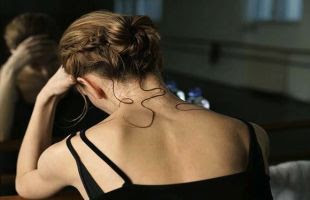 60 year-old Valerie Spruill from Doylestown, Ohio, discovered through a DNA test after her husband Percy died that he was her father.

Spruill, who has three children and eight grandchildren, is now telling her story in an attempt to find her other siblings from her father.

The confusion began because she was looked after by her grandparents from 3-months-old. Her mother Christine was one a prostitute

Valerie's mother and father got together when he was just 15 and the number of children they had is unclear, but she is aware of six brothers.

Aged nine, she was devastated when she found out that Christine - who died in 1984 - had been her mother. It also meant the man she thought was her father was in fact her grandfather.

She finally learned the truth about her marriage from an uncle after Percy died, and confirmed the relationship with a DNA test after finding his hairs on a brush in their room.

She does not know for certain that he was aware he had married his daughter, but she said she strongly believes he did know but was simply afraid to tell her.

Since his death, Valerie, who is retired, has been seeing a therapist to help her deal with the horrifying revelation.

Valerie has fought through serious health problems, including a lengthy hospital stay, which she believes were only brought on by the stress of discovering the traumatic family secret.

She is hoping her story may help her reach additional siblings she didn’t know existed.

Emmm...some families have secretes sha
Posted by Yimiton at 2:09 PM