We had no choice but to sell Van Persie to Man United, claims Wenger 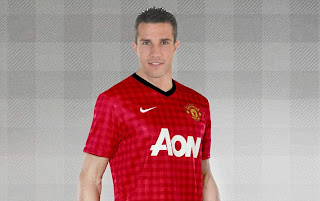 
United sealed the signing of the summer on Wednesday night when Arsenal agreed to sell Van Persie to their Barclays Premier League rivals for £24million.

Van Persie arrived at London St Pancras train station on Thursday morning ahead of his trip to Manchester to complete his medical.
After weeks of negotiating with Arsenal and the Holland striker, United have beaten Manchester City and Juventus to Van Persie’s signature and the 29-year-old had a medical at Old Trafford on today.

Manager Arsene Wenger has the best part of two weeks to spend some of the money before the transfer window is closed. He said on French TV on Wednesday night: ‘It’s sad to lose a player of his quality. He had only one year left on his contract so we didn’t have the choice.’