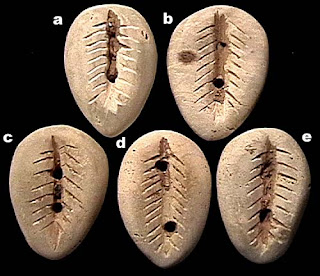 Hehehehe, it just sounded nice to call it juju. Reminds me of those early days of Nollywood. I used to wonder if these things actually happen. Apparently, they do!
A 52-year-old man, Abolade Adewole has pleaded with an Ikorodu Customary Court in Lagos to dissolve his marriage of 17 years to his "fetish wife", Kafayat.
"She's fetish; there was a time I saw a horn wrapped in red cloth in my wife's handbag," Adewole told the court. Adewole also said that his wife once incised their five children on the head without his knowledge."I was away for two days and when I got home, my children told me that their mother brought home an Imam who performed the incisions," he added.
Kafayat did not deny the allegations, saying that the charm found in her bag was meant to boost her trading.

"I use those charms to sell market and I don't use them to do evil," she pleaded. "I still want to remain his wife; I want this court to help me plead with my husband because I have nowhere else to go."
Some of the charms were tendered before the court as exhibits.
The Court President, Risikat Adesanya, asked the couple to wait for counselling, and adjourned the case to September 5, 2012, for possible reconciliation.
I beg, if you're Adewole, will you still stay with this woman since she doesn't even see anything wrong in her actions. Her way of life or upbringing maybe?
Posted by Yimiton at 5:03 PM