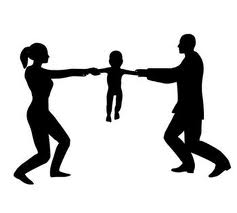 AWKA – THE Imo State police command is currently battling to ascertain the real parents of a baby stolen from Onitsha in 2010 as two families are laying claim to the same baby.

The baby, Emmanuel Chimaobi Adinna Okoro, who was born on 9th August 2010, was allegedly stolen from his parents who reside at Awada-Obosi, a suburb of Onitsha in Anambra State by a lady who pretended to be his aunt.


However, when the news of the disappearance of little Emmanuel got to his parents, Mr. and Mrs Chinedu Okoro, who were not in the house when the incident took place,  immediately reported the case to the Awada police station and the police began the search for the stolen baby who was at the time of his theft, 18 months old.

The efforts of the police paid off when a suspect who gave her name as Ngozi Okeke was arrested as she allegedly came back to Onitsha from Imo State to steal more babies.

On learning of the arrest, the family of the stolen Emmanuel approached the police with their house help from whom the little baby was stolen and identified the suspect on the spot.

However, following the alleged reluctance of the police to release the baby to them, counsel to the family of the stolen baby, Mr. Ignatius Umennabude, petitioned the Imo State Commissioner of Police, demanded that the police release the child to his parents since they have provided necessary documents concerning the child.

Vanguard gathered that the case took a different dimension when the parents of the baby went to the Imo State police command to claim their baby, but were denied access to him on the ground that another woman was also claiming the same baby.

Read up the full gist in VANGUARD
Posted by Yimiton at 5:11 PM