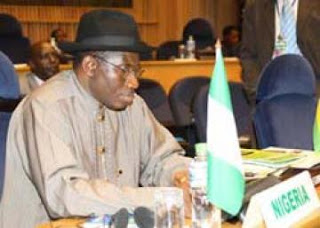 President Goodluck Jonathan on Monday, submitted a bill seeking to formalize the change of name of the University of Lagos (UNILAG) to Moshood Abiola University (MAU), Lagos, to the National Assembly.

Despite the protest among the students of the institution, the government has said it would not revert to the old name.

Jokes apart, I think President Jonathan needs to re evaluate and seriously think about the problems of this country. I don't think one of them is the names of our Universities since it won't affect the quality of Education in anyway. I mean, Unilag Students feel bad enough to demonstrate; with some of them threatening to sue the Federal Government and he's just come up with another list of Universities to be renamed.

I wonder why he's just sending a letter to senate  to rename schools after he has already announced Unilag's change of name without seeking the Senate's approval.