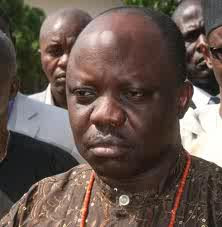 Pa Samuel Udughan the 70-year old cousin to Governor Emmanuel Uduaghan of Delta State who was kidnapped in his home on DLA road Asaba two days ago has been released by kidnappers.

The old man was sighted at the Delta state police headquarters yesterday evening giving a statement to the police about his ordeal.

It is not known if any ransom was paid to his abductors to secure his release.

The police public relations officer in Delta state  Charles Mouka did not immediately return calls to confirm Pa Udughan's release
Posted by Yimiton at 6:40 AM