Catholic and ECWA churches bombed in Zaria. Suicide bomber dressed like a woman. 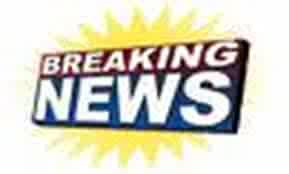 Suicide bombers attacked two churches in Zaria this morning according to eyewitnesses.

A church member of the ECWA church in Wusasa area of Zaria told Saharareporters that there is ongoing gunfight between the police and unidentified gunmen on the scene of the second suicide attack on the  premises of the CKC church on Yoruba Road in Sabon Gari area of the old city.

SaharaReporters sources in Zaria said that the attacks were carried out by suicide bombers driving bomb-rigged cars. Several witnesses said the bombings appear coordinated and happened almost at the same time in both locations.

Sabon Gari and Wasasa area are predominantly occupied by Christians in Zaria.

Culled from: Sahara Reporters.
Posted by Yimiton at 11:21 AM