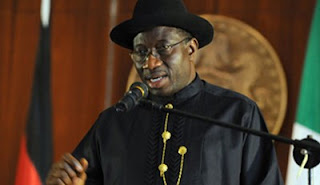 President Goodluck Jonathan yesterday took up critics of his trip to Brazil to attend the United Nation's Earth Summit Rio+20 despite the troubling security situation in Kaduna and Yobe States, which both came under terrorist attacks a few days to his departure.


Jonathan, in a statement by his Special Adviser, Media and Publicity, Dr. Reuben Abati, from Rio de Janeiro, dispelled criticism that his trip amounted to abdicating his responsibility to Nigerians.
He also cautioned the opposition against cashing in on every crisis in the country to score political points.

He said before his departure for Brazil on Monday, he had met with security chiefs and was satisfied with their plans to control the security situation in Kaduna and Yobe, where Boko Haram had launched attacks on troops deployed in the state, shortly before the president’s departure.

“The crisis in Kaduna and Yobe occurred almost on the eve of the president's departure for this event and commitments had been made,” the presidential statement said, adding: “The conference, Rio+20, is very important and nobody can doubt that.

“The issues that will be discussed at this conference are also issues that are relevant to Nigeria's interest. It is also an opportunity for Nigeria to promote its interest in terms of its place in global community.

“In any event, it is not as if government has abandoned the situation at home. Security agencies are there, they are on top of the situation. Before the president left, he met with security chiefs. The business of leadership cannot just stop because there is a crisis there.