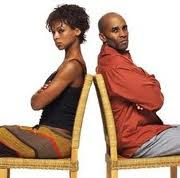 Mr. Benson wants his marriage dissolved because his wife doesn't show him love, uses sex as a bargaining tool, never agrees to it, she's very quarrelsome and like him, she's very proud.

Continue to see the full story.
Mr. Taiwo Benson has urged an Ado-Ekiti Grade 1 Customary Court to dissolve his eight-year-old marriage with his wife, Maureen, because she used sex as a bargaining tool.

Benson also told the court that his wife was not only troublesome, she had also abandoned him and did not show love and care toward him, the News Agency of Nigeria reports.

Benson told the court that the marriage produced two children, aged six and four years.
He said, “My wife denies me sex on a regular basis. She only gives me sex whenever she wants to get something in return.

“There have been countless occasions when I demanded sex from my wife, and she would just ignore me like I did not exist.

“She uses sex as a bargaining tool. This has been the biggest issue in the marriage. Why will my wife be starving me of sex?”

He said his wife was often quarrelsome, adding that they were always having problems in their marriage because of personality clashes.

Benson said, “She is a very proud and stubborn woman. I am also a proud man, and both of us cannot be proud at the same time so this always caused problem between us because we are never on the same page.
“She does not show me any kind of love or affection. I am tired of this marriage and I implore this court to dissolve the marriage.

The wife, who was present in court admitted starving her husband of sex but noted that she stopped having sex with him when she realised that he slept around.

Maureen said, “I stopped having sex with him as soon as I knew he slept around. My husband runs a non-governmental organisation. So, he travels a lot. Whenever he gets back and I am packing his loads from his car, I always saw used condoms in his car.

“Whenever I accused him of cheating on me, he would beat me and immediately he finished beating me, he would want to have sex with me.

“When I refused to give him sex at that point, he would say that sex was the remedy to calm nerves down after a fight.”

The counsel to the petitioner, Miss Okonny Hilda, pleaded with the court to adjourn the case in order to respond to the defendant’s counter claim.

However, the lawyer to the respondent, Miss Agibulu Toyin, objected to the plea, saying the law guiding the court did not permit such.

The President of the court, Mrs. Christiana Ajibabi, adjourned the case till July 19, for further hearing.
Posted by Yimiton at 8:05 AM