Husband requests his wife to Marry a virgin for him 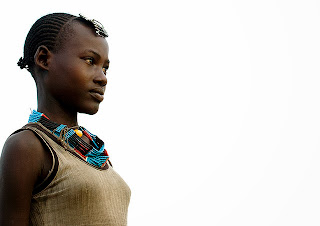 Nasarawa - Mohammed Audu, 51, of Tudun Wada, Mararaba in Nasarawa State, has asked a Grade 1 Area Court sitting at Aso Pada, to order his wife, Maryam, 25, to marry a virgin for him.

Audu, who made the request on Wednesday at the resumed hearing in a case instituted by his wife who sued for divorce, said he would agree to the divorce, if the wife could marry a virgin for him.

He made the request when the Presiding Officer, Malam Danladi Musa, asked the couple if they had resolved the issues that made the wife file for divorce.

The couple told the court that they were yet to settle the issue.

Audu, however, told the court that he had requested the persons who stood as their guardians during their marriage to come from the village to talk to his wife.

“They told me on phone that they will be coming next week to settle us.

“I, therefore, urge the court to give me one last chance to settle the matter,” he pleaded.

The wife, however, objected, saying that marriage guardians were not the ones who would make her to stay with her husband.

“All I want is the dissolution of this marriage.

“Their coming will not change my mind and desire for divorce,” she insisted.

Following the objection raised by the wife, the presiding officer asked Audu what he wanted the court to do since his wife has insisted on divorce.

“I want her to marry a young virgin girl for me to replace her.

“This is because she was a virgin when I married her,” Audu told the court.

After listening to their arguments, Musa granted Audu’s request for more time to settle the matter, and adjourned the case Oct. 14 for final settlement.

The News Agency of Nigeria (NAN) recalls that on Sept. 26, Maryam filed a suit against her husband, seeking the dissolution of their 16-year-old marriage.

She alleged that her husband had on several occasions announced that he had divorced her.

“Just recently, he alleged that the children stole his N100,000 and he invited the police to arrest, torture and detain them.

“He also threatened to arrest me because he said I conspired with the children to steal his money,’’ she said.

Maryam said she could no longer stay with a man who would call the police to arrest his children and wife.

The mother of five told the court that the money was later found in the husband’s wardrobe, and urged the court to separate them.

“He usually insults me, calling me unprintable names and also claimed that the children we have are not his.

On Sept. 16, the husband had pleaded with the court to give him time to settle with his wife, saying that he still loved her.
Posted by Yimiton at 12:32 PM