I've watched the Kenyan Mall massacre in what appears like a real life Hollywood movie in disbelief and fear. Even as my heart goes out to all the victims of this terrible attack, one thing on my mind is 'This could have been anywhere' I think about shoprite and how people go in there in their hundreds on weekends to do their shopping and simply just say a prayer.

I pray for all the victims of this terrible act and their families. May God almighty heal them.
Not surprisingly, I just read on mailonline that the terrorists might have blown themselves up in the mall. Seriously, what do these terrorists have to live for? Their aim is always to self destruct.

I had tears in my eyes when I heard their president, Uhuru Kenyatta's speech yesterday. I mean, even his nephew and his fiancee were killed in the massacre. How on earth will you punish people who are only too eager to kill themselves?
My husband used to say he'd like to name his daughter Samantha before this attack but after reading about Samantha Lewthwaite, the purported leader of the terrorist group, he was quick to change his mind and said, that name is no longer even close to being considered!

According to mailonline: The Kenyan shopping mall where Islamic terrorists are holding shoppers hostage is on fire as and a fierce gun battle is underway as the special forces try to bring an end to the three day siege.

Witnesses say they have heard multiple explosions at the Westgate Shopping Centre in Nairobi and it is feared gunman inside may blown themselves up in a suicide bomb attack.

It is not known how many hostages are currently inside and whether any of them have survived the fighting. 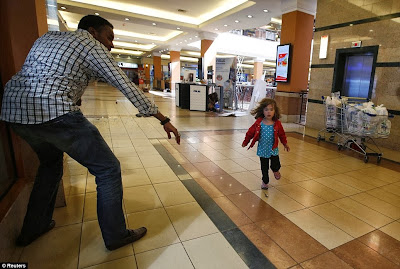 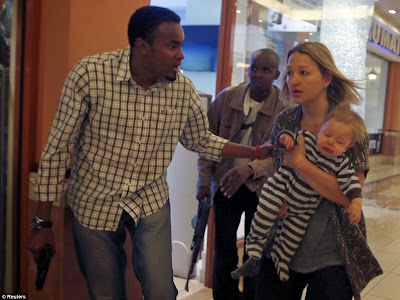 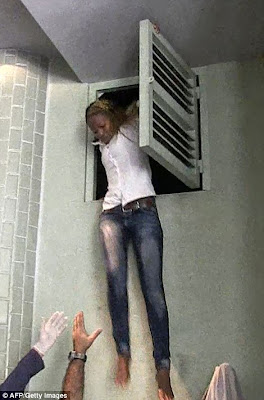 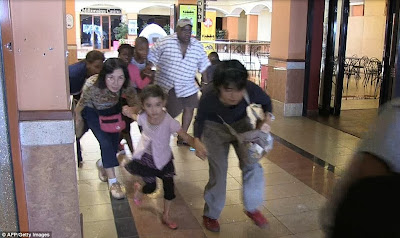 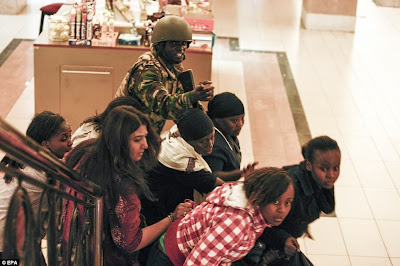 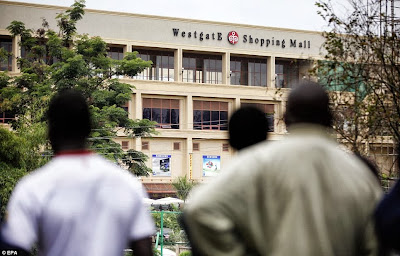 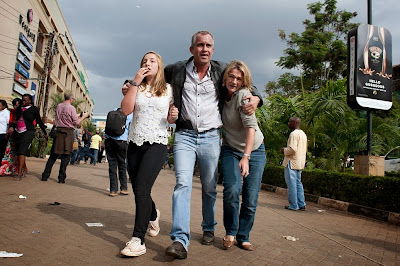 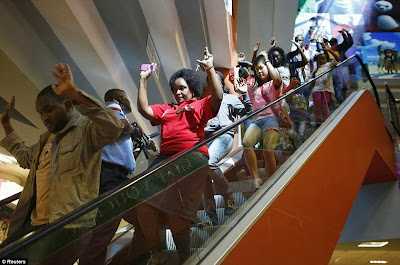 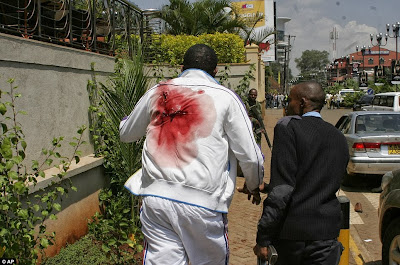 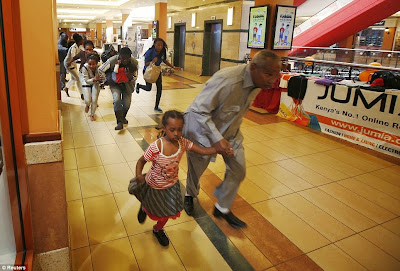 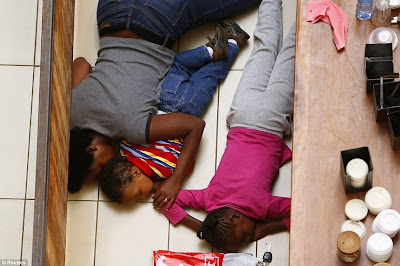 GHANA
Kofi Awoonor, a Ghanaian poet, professor and former ambassador to Brazil, Cuba and the United Nations, died after being wounded in the attack, Ghana's presidential office confirmed.

Ghana's ministry of information said Awoonor's son was injured and is responding to treatment.

CANADA
Two Canadians, including a diplomat, died in the attack, according to Prime Minister Stephen Harper.

He paid tribute to the victims and noted the loss of diplomat Annemarie Desloges, who served in Canada's High Commission to Kenya as a liaison officer with the Canada Border Services Agency.

Her spouse Robert Munk was wounded in the attack, but has since been released from the hospital, the Canadian Press reported.

INDIA
Two Indians, 8-year-old Parmashu Jain and 40-year-old Sridhar Natarajan, were killed, and four others were wounded in the attack.

BRITAIN
The Foreign Office have confirmed that four UK nationals have been killed in the attack.

Prize-winning architect Ross Langdon, who had dual British and Australian citizenship, is believed to be one of the dead.

A British man, who refused to give his name, said his wife and daughter were both killed in the atrocity.

The Foreign Office warned the number of British dead is 'likely to rise as further information becomes available.'

SOUTH AFRICA
One South African citizen was killed, according to the country's International Relations Department.

THE NETHERLANDS
A 33-year-old Dutch woman died in the attack, believed to be Elif Yavuz, the heavily pregnant partner of British architect Mr Langdon.

Seven other Dutch citizens who were in the mall escaped unharmed, Foreign Minister Frans Timmermans said.

CHINA
A 38-year-old Chinese woman with the surname Zhou who worked in the real estate industry was killed in the attack, China's official Xinhua News Agency reported. Her son was injured in the attack and was in stable condition in a hospital, according to the Chinese Embassy in Kenya.

PERU
A retired staff member of UNICEF from Peru was killed, the agency's regional office for Eastern and Southern Africa said.

NEW ZEALAND
Andrew McLaren, 34, a New Zealander who managed a factory in Kenya for the avocado oil company Olivado, was wounded in the attack, the New Zealand Ministry of Foreign Affairs confirmed. He was hospitalised in stable condition.
Posted by Yimiton at 1:17 PM