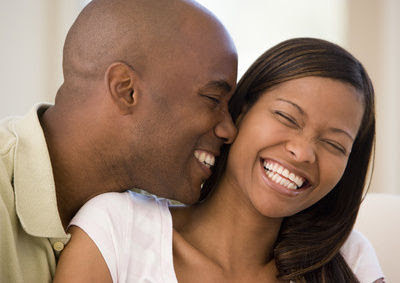 After a couple of months, I moved from my family house into a beautiful BQ and got myself a lovely car. I don't know whether I was trying to heal by splashing gifts on myself but whatever it was, it worked. I stopped missing him and started enjoying myself and being happy again. I became carefree once more and for a long long time, totally removed my mind from husband things and just concentrated on living and enjoying my life. I joined a society in church, dedicated more time to work and splashed some money on some good clothes and salon. My life was back on track and it was a good life.
Then, 1 full year after this sad and dramatic breakup, I met someone else in the most unlikely situations. We were just friends and I enjoyed his company. I wasn't thinking about marriage at this point and I didn't care. I just loved me and living the good life but as the days turned into weeks and weeks into months, I realized that this guy was very serious and really wanted me not just as a friend but as a girlfriend and definitely as a wife.

I was so scared, I didn't want to suffer what I'd suffered barely a year ago but as God will have it, this guy was very genuine and proposed a year into our relationship. I was so excited, I cried in excitement and 6 months later, we walked down the aisle together and were pronounced man and wife.

The difference between my husband this James cannot even be compared. My husband is younger than James but more  mature. He knew exactly what he wanted from the beginning, he already had his apartment, a nice car and a very respectable job before we met. He respects me and not only calls me his Queen but treat me that way. Where James called me shallow and ignorant, my husband describes me as 'carefree, innocent and easily forgiving'

Today, I'm so happy and living my dream, I have a cute little son and my husband is still as loving and dotting as ever.

I decided to share my story with other young women because sometime when blessings come our way in disguise, we spend so much dwelling on it that we forget to look at the ray of light at the end of the tunnel or listen to the message God is trying to pass across to us.

Last week, I went to see a movie at Silverbird with my gorgeous husband and our cute little boy and bumped into James. He still looked as disheveled as he looked 3 years ago. He still isn't married and he didn't look like his life is any better. I also saw him one day, trekking under the Scorching Sun. I felt pity for him and wondered if I should stop and give him a ride inside my very clean a car but on a second thought, I just drove past him. He didn't see me but the only thing I felt for him was pity and relief that I didn't end up with him.

Today, I'll like to say thanks to James for helping me walk out of that relationship, otherwise, I most likely would have been living a miserable life.
Posted by Yimiton at 11:44 AM