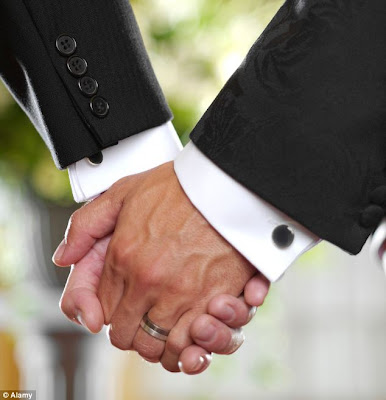 Seriously, I don't get these people. If they want to legalize gay marriage in their country, all good and fine but why on earth will they want to ensure that they spread the virus all around the world? Could this be just a campaign stunt or is this guy actually an advocate of the devil?

Africa has said gay marriage is against their culture, it's not something they want to be involved in, why then, will a British Prime Minister who knows nothing about other people's culture vow to spread it around the world?

According to Mailonline: David Cameron vowed last night to ‘export’ gay marriage around the world as he held a party to celebrate the passage of legislation in Britain.

The Prime Minister told a gay, lesbian, bisexual and transgender reception in Downing Street of his personal pride at legalising gay marriage.

Addressing an audience that included BBC presenter Clare Balding and her partner, the former newsreader Alice Arnold, Mr Cameron boasted that Britain was now ‘the best place to be gay, lesbian or transgender anywhere in Europe’.