It's a big fat lie! Being 35 and above does not make you less fertile than a younger woman says a controversial new book. 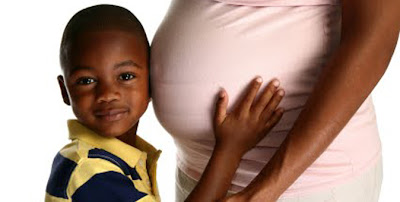 I've always been of the opinion that the issue of having problems getting pregnant after 35 is not a universal one. I believe that African women (especially those without any natural fertility issues and those who haven't gone through lots of abortions) can get pregnant for as long as they want until they hit their menopause but all the books and doctors have always said otherwise and made it look like you've committed an unforgivable sin when you're above 35 and only just looking at getting pregnant for the first time.

That's why, I found this new research which has proven that even whites way above their 40s can still have health children without any artificial assistance.
A U.S. study, released in June, appears to back up the argument, suggesting that 80 per cent of 38 and 39-year-olds get pregnant naturally within six months of trying.

Another study released earlier this year, which tracked Danish women having sex during their fertile periods, reported similar figures: 78 per cent of 35 to 40-year-olds got pregnant within a year. It followed 2004 research that suggested of those having sex twice a week, 82 per cent of 35 to 39-year-olds conceived within a year - just 4 per cent fewer than those aged 27 to 34.

I beg, read the full study for yourself on Mailonline

With the result of this research, I'm quite certain women will give themselves some breather now and stop fretting about getting married and getting pregnant once they're in their mid-20s. It's finally ok to pursue your career and wait till that time when you'll meet that great guy before walking down the isle.
Posted by Yimiton at 11:39 AM