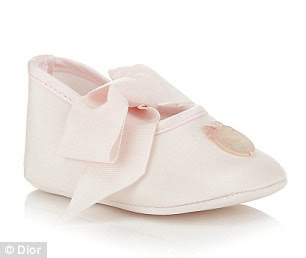 Beyoncé and Jay-Z with their baby girl, Blue Ivy visited Kim Kardashian and Kanye West's daughter North. They made their visit even sweeter by reportedly bringing along a staggering £5,000 of presents for the little girl.

Among the gifts they gave to two-week-old North were personalised Christian Dior baby booties and a three-piece sterling silver Elsa Peretti Padova baby set with the baby's name on. 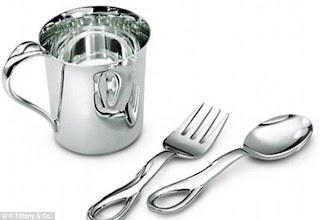 The couple's also sent Kim a £9,000 Swarovski crystal-studded high chair, which was designed by Carla Monchen, as a baby shower gift last month.

Beyoncé and Jay-Z presented North with the new gifts at Kris Jenner's Beverly Hills home, where Kim and Kanye are staying with the baby for the time being.

Beyoncé also said to have offered new mother Kim some advice about how to get into shape
Posted by Yimiton at 12:28 PM