Dear Yimiton, should I encourage my sex maniac husband to have affairs? 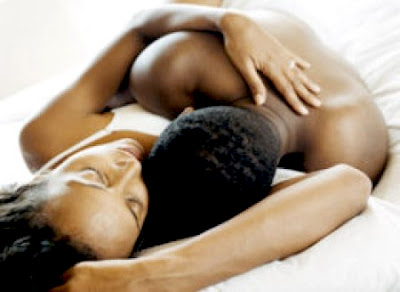 I’ve been married 2 years with a 1 year old daughter. Life has been great aside from the fact that my husband is a sex maniac. He wants it like every minute of the day and practically cries for it when I’m indispensable to give it to him. I was 28 and inexperienced when we got married while he was 35.

We dated for over a year without sex and for the life of me, I don’t even know how he managed through the one year because immediately after the first one awkward and painful sex week, it was all he wanted to do. I mean, we do it everywhere and every time. On an aircraft, in the car, over the phone, kitchen, in short, everywhere.


At first, I thought it was really great as I was living out all my sexual fantasies but when I got pregnant and he wouldn’t slow down, I knew I was in trouble. When I refuse, he’ll beg and tell me how much he loves me and always want to be one with me. Sometimes, he’ll say I should just turn my back while he inserts his manhood from behind. At other times, he’ll wake me up with sex at the middle of the night. I can’t remember the last time I went to work without first having sex, even when we’re running late.

I remember once he travelled for only 2 days, when he returned, it was like he’d been starved for ages. He started stripping right at the door and had this big smile and a sense of anxiety on his face. He rushed me to the couch in the living room and satisfied himself even while the baby was crying in the room.

The problem is, he’s so sweet when he’s not exhibiting his animalistic instincts, I can’t complain about him in any other way. He treats me like a princess, buys me expensive gifts, sends me flowers in the office, and organizes romantic dinners for us. Generally, he’s a great husband and father to our child. I can also vouch for him that he’s been totally faithful to me but I’m going crazy right now. He tires me out and makes me sore.

I’ve tried to talk to him about it several times and he’ll listen to me and promise to try but at the end, it’s like he doesn’t have control over his sex drive. The next minute, he wants it. Even talking about it seems to give him a hard-on.

I love my husband and I know he loves me but I’m going crazy. I’ve flirted with the idea of encouraging him to have extra marital affairs but I don’t think that will be good for us at the long run.

Please, I will appreciate your advice, especially people who have had similar experiences or any other sex related issues in their relationships. How did you manage it?
Posted by Yimiton at 6:13 AM