Dear Yimiton, my mother hates me with a passion. Should I forget her or reach out to her now that she's old? 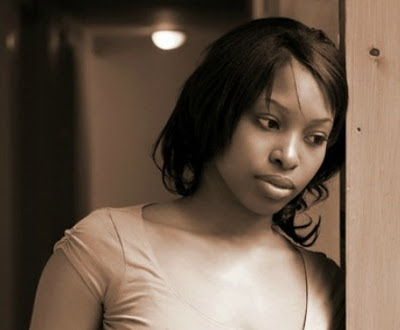 Mine is a very strange issue that many people may not be able to associate with.

From an early age of 5, I knew my mother detested me with a passion. She didn’t care for me like my other siblings and always treated me like trash. I used to fear her as a child and hide from her as much as I could whenever she was home. I’ll try to make myself as small as possible and always sat at the corners of the room.
When I was about 7, I noticed my sur-name was different from my siblings’ and I can’t remember at what age it finally dawned on me but from a very tender age, I understood that I was born out of wedlock. My Mom had me before she met and married her husband. Even she called me a bastard and ensured she treated me like one.

Growing up, I yearned for my mother’s love and touch, I desired to be cradled like she did her other children but I never got that special treatment. I was beaten very often and punishment was my daily  life. In a nutshell, I suffered in the hands of my own mother. The only time I can remember being ill, my mom said she wished I died. I tell you, that statement alone cured me of my illness.

After secondary school, and no money to further my education, I got a small teaching job in a private primary school in my village, gathered some money and moved to Lagos.  Of course, it wasn’t easy but fast-forward to 14 years later when I was 32, a proud OND holder and still a receptionist in a British school in Lagos.

Everything took a turn for the better when one day, I was in my tiny reception, doing my thing and in walked this man. After attending to him, he asked my name and followed it with some other personal questions. At this time, I’d noticed the wedding band on his finger and wasn’t interested but I was surprised when he said he wasn't asking for himself but his cousin who was based in the UK.

Long and short, he linked Ese and I and we started talking over the phone and skyping.

After about a year, Ese invited me over to the UK. At first, I felt it will spell ‘Cheap and desperate’ if I just got up and traveled to meet a man I’d never seen and be totally at his mercy but on a second thought, I asked myself what I had to lose.  I was living a shitty life back here in Nigeria and really didn’t have a family, so I took the bull by the horns and decided to go.

3 months later and with my heart in my mouth, I left for the UK, traveling by air for the first time in my whole 33 years of life. I was scared and excited at the same time. I didn’t know what to expect and I tried not to care too much. I was most conscious of my looks because even though I’d sent him raw pictures of myself, I was scared he might not like me in person. I wasn’t a fine girl and I knew it.

When I arrived, he was at the airport waiting for me, he was quite tall, 6.2 to be precise and he looked genuinely happy to see me. I was still very jumpy and scared but later felt more relaxed.

Ese told me from beginning that he wanted to marry me. He said he’s suffered so much in the hands of whites and women from other countries and he just wanted to settle down with a nice responsible Nigerian woman. He didn’t even care about looks!

I stayed with him for 2 weeks and it was the best time of my life. Ese spoilt me and practically worshiped the very floor I stepped on. He wasn’t particularly rich and he told me everything about his simple life. He moved to the UK when he was only 9 and was now 37.

Before I left the UK,  Ese asked me to marry him officially with a ring. I felt stupid but I knew it was the right thing to do and in tears of joy and pain, I said yes.

Today, my life feels perfect. I'm married to Ese and we have one lovely son who looks strikingly like his father. I’ve gone back to school to study fashion. I’ve worked on myself and I'm now a more polished and confident person. Still not beautiful but glamorous. I am now a personal shopper for some big names in the UK. Every day, I still wonder if it’s all true, if this is actually happening to me. It feels too good to be true.

My only problem now is I have this terrible feeling of emptiness in my heart. I often think about my Mom.

Last year, I contacted an old friend in Nigeria and begged  him to pay a visit to my mom and let her know I was fine and doing well. When he told me the way my mom treated him, my heart fell. He said she was very alien to him and called him 419, said the person he’s talking about can never be as successful as he’s saying, said I’m probably an old whore somewhere or in some kind of trouble. She said, I am not and can’t be married but as soon as he was able to convince her that his story is real, she started dancing and announcing to the villagers that her dear daughter was coming to take her to the London.

Even though this left a bitter taste in my mouth, I’m still thinking of traveling home to see her. She lives in abject poverty and I really want to assist her. After suffering motherhood, I believe there must be a reason why my mother hated me so much.

I am so confused, what if she rejects me again? What if she accepts me just because of what she thinks she stands to gain from me? Should I try to forget her and move on with my life or should I face her and close this chapter forever? Will seeing her cure me of this hurt in my heart?

I really love my son and I can't imagine any woman hating her mother after going through the rigors of childbirth.
Posted by Yimiton at 2:29 PM