Annie Macaulay files for divorce as 2Face fathers yet another baby with an African American Lady! 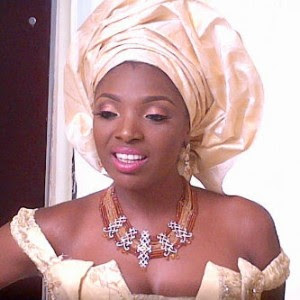 Na wao, barely 2 weeks after the very flamboyant wedding between Annie Marcaulay and 2face that was attended by ‘who’s who’ in Nollywood, Annie Marcaulay has filed for a divorce!

This happened when a 26 year old African American, simply called Trisha made it known on her facebook page that she had 2face’s child on his wedding day but was reluctant to come up then as she didn’t want to disrupt his wedding.

She said she’s not asking for anything other than 2face should admit he’s the father of her daughter and pay child support.

I heard that Annie is so heartbroken, and in that state she has filed for divorce. At first, Tubaba said


'Annie, nothing dey happen, no be today, you first know say I be Tubaba naw'

But when he saw she was very serious with going ahead with the divorce, he started pleading and has been pleading ever since.