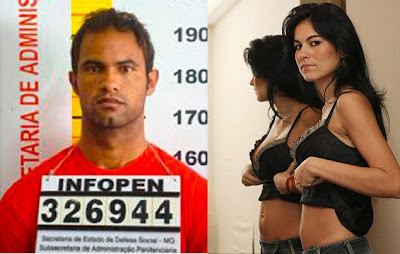 Remember the footballer who killed his girlfriend with the help of his best friend and fed some of her body parts to dogs? Well he has been sentenced to 22 years imprisonment.

Read his story HERE if you missed it.


Bruno Fernandes de Souza, 28, who was tipped to play for Brazil at the 2014 World Cup, was sentenced to 22 years and three months in prison for the murder of Eliza Samudio, whom he apparently had killed to avoid paying child support after she gave birth to his love child.