Prince Harry at it again...Very Public Display of affection 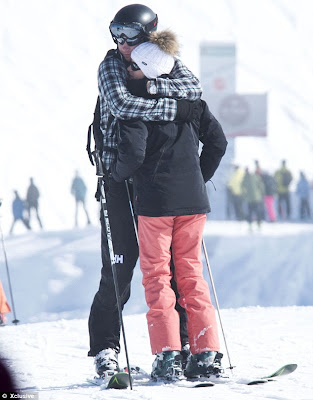 Prince Harry is definitely determined to enjoy his life, Royal or not, this guy knows how to catch is groove. lol

He was recently at the the Pot Luck Club restaurant in the resort’s Farinet Hotel where he entertained fellow diners by  bouncing his girlfriend, 24-year-old blonde model and would-be actress, Cressida Bonas on his knee.

The pair were said to have ‘kissed like love-struck teenagers in the back of a cinema’. at his Uncle, Prince Andrew's 53rd birthday yesterday.

The pair then began to kiss, with Harry stroking the back of her head as they did so, in a passionate clinch for several minutes.

A witness said: ‘We couldn’t believe what we were seeing. They were not being discreet about it. ‘The Duchess of York and Eugenie sat just a few seats away at the time and seemed to be deliberately looking the other way, making polite conversation while it was happening.

‘Afterwards, Harry’s girl stayed sitting on his knee while they chatted to his friends.’

The diner went on to reveal: ‘At one point, a waiter brought over a tray of vodka and Red Bull and Harry shouted: “Free drinks on the house!” Everyone seemed to be having a great time.’
Posted by Yimiton at 10:47 AM