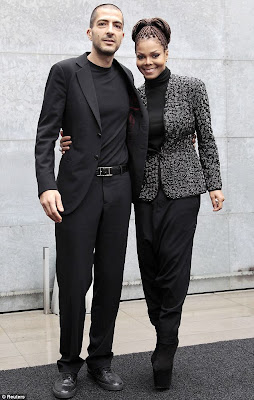 If you read somewhere last week that Janet Jackson was about to marry her longtime boyfriend Wissam Al Mana it was absolutely wrong.

Turns out the pair got married on the hush-hush last year in a quiet ceremony that managed to evade press coverage. According to them, "The rumors regarding an extravagant wedding are simply not true,"  "Last year we were married in a quiet, private, and beautiful ceremony. Our wedding gifts to one another were contributions to our respective favorite children's charities. We would appreciate that our privacy is respected and that we are allowed this time for celebration and joy. With love, Wissam and Janet."

Jackson's marriage to the billionaire Qatari businessman is the third trip down the aisle for her after previous (and similarly quiet) nuptials with musician James DeBarge and Rene Elizondo.

She was also engaged to longtime boyfriend producer Jermaine Dupri, splitting with him in 2009 after nearly eight years together.

She began dating Al Mana in 2010 and they confirmed their engagement in December. A source told Us Magazine that Jackson is eager to have children with Al Mana. "If she can't have them, she will adopt," the unnamed source said.
Posted by Yimiton at 11:22 AM